IEEE ISCAS2016
Our center is redoubling its efforts with only a few months remaining before ISCAS 2016, the flagship conference of the IEEE Circuits and System Society (CASS). The Technical Program Committee finalized the selection of papers and the conference program. The notification of selection was sent to all authors on January 11 and registration is now open. Note that sessions on CAS Transactions paper and Late Breaking News (LBN) are accepting submission of contributions until February 15. We encourage members of ReSMiQ to participate in great numbers. In addition, the social activities have been carefully designed to make this edition a memorable event. We invite you to regularly visit the website at iscas2016.org for details and updates.

IEEE NEWCAS2016
Note that the 14th edition of NEWCAS, in accordance with the principle of host country rotation, is returning to Canada in 2016 after being held in Paris the preceding year. Considering that Montréal will host this year’s edition of the IEEE ISCAS international symposium, it was decided that this edition of NEWCAS will be held on Canada’s west coast in Vancouver from June 26 to 29, 2016. The call for papers has been launched and the deadline for submitting articles is February 28. The executive committee of ReSMiQ encourages all members of the center to submit their recent work and to participate in great numbers.

Involvement
– Dr. Sawan from polytechnique Montréal is editor-in-chief of the IEEE Transaction on biomedical Circuits and Systems.
More Details

Seminar
ReSMiQ and the Chapter of the IEEE Solid-State Circuits Society (SSCS) in collaboration with the IEEE Circuits and Systems Society (CASS) invite you to attend the following seminar to be held on February 12, 2016, at 10:00 am at Polytechnique Montréal. 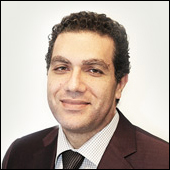 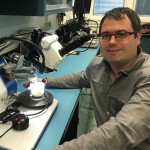 Benoit Gosselin obtained the Ph.D. degree in Electrical Eng. from École Polytechnique de Montréal in 2009, and he was an NSERC Postdoctoral Fellow at the Georgia Institute of Technology in 2010. He is currently an Associate Professor at the Depart. of ECE at Université Laval, where he is heading the Biomedical Microsystems Lab. His research interests include wireless microsystems for brain computer interfaces, analog/mixed-mode and RF integrated circuits for neural engineering, interface circuits of implantable sensors/actuators and point-of-care diagnostic microsystems for personalized healthcare. Dr Gosselin is an Associate Editor of the IEEE Transactions on Biomedical Circuits and Systems and he is Chair and Founder of the Quebec IEEE CAS/EMB Chapter (2015 Best New Chapter Award). He served on the committees of several int’l conferences such as IEEE BIOCAS, IEEE NEWCAS, IEEE EMBC/NER, and IEEE ISCAS, and he currently serves on the committees of the IEEE ISCAS’16 and the IEEE NEWCAS’16. His research consists of developing innovative microelectronic platforms to collect and study brain activity through advanced multimodal bioinstrumentation and actuation technology. In addition to earn several awards, such as the 2015 Mitacs Award for Outstanding Innovation – Master’s and the IEEE BioCAS’15 Best paper award, his contributions led to the commercialization by Doric Lenses of the first wireless electronic implant to combine optogenetics and large-scale brain monitoring capabilities within a single device. More details

We present a novel, fully-integrated, low-power full-duplex transceiver (FDT) to support high-density and bidirectional neural interfacing applications (high-channel count stimulating and recording) with asymmetric data rates: higher rates are required for recording (uplink signals) than stimulation (downlink signals). The transmitter (TX) and receiver (RX) share a single antenna to reduce implant size and complexity. The TX uses impulse radio ultra-wide band (IR-UWB) based on an edge combining approach, and the RX uses a novel 2.4-GHz on-off keying (OOK) receiver. Proper isolation (>20 dB) between the TX and RX path is implemented 1) by shaping the transmitted pulses to fall within the unregulated UWB spectrum (3.1-7 GHz), and 2) by space-efficient filtering (avoiding a circulator or diplexer) of the downlink OOK spectrum in the RX low-noise amplifier. The UWB 3.1-7 GHz transmitter can use either OOK or binary phase shift keying (BPSK) modulation schemes. The proposed FDT provides dual band 500-Mbps TX uplink data rate and 100 Mbps RX downlink data rate, and it is fully integrated into standard TSMC 0.18-μm CMOS within a total size of 0.8 mm2. The total measured power consumption is 10.4 mW in full duplex mode (5 mW at 100 Mbps for RX, and 5.4 mW at 500 Mbps or 10.8 pJ/bit for TX). Additionally, a 3-coil inductive link along with on-chip power management circuits allows to powering up the implantable transceiver wirelessly by delivering 25 mW extracted from a 13.56-MHz carrier signal, at a total efficiency of 41.6%.

Fig. 1. Block diagram of an implantable neural recording and stimulating device including an inductive power link and the proposed full duplex transceiver. 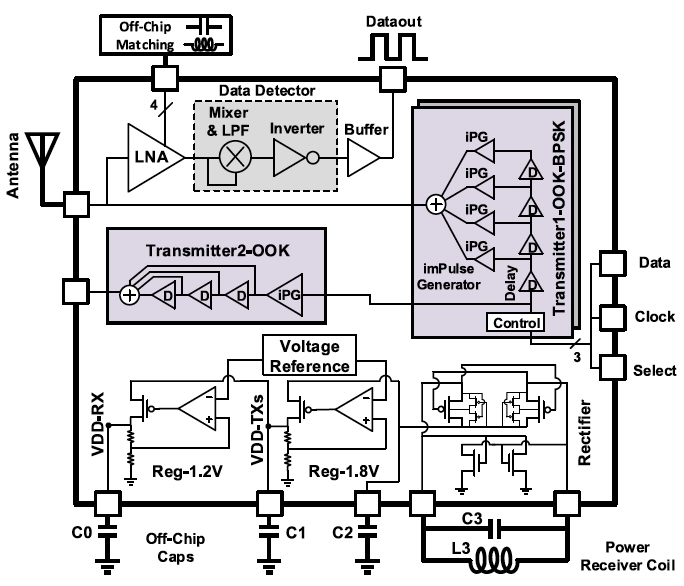